Cathy’s house was featured in Metropolitan Home. It was during the photo shoot that Cathy acquired the Lovely Andy Warhol Queen Elizabeth Original. 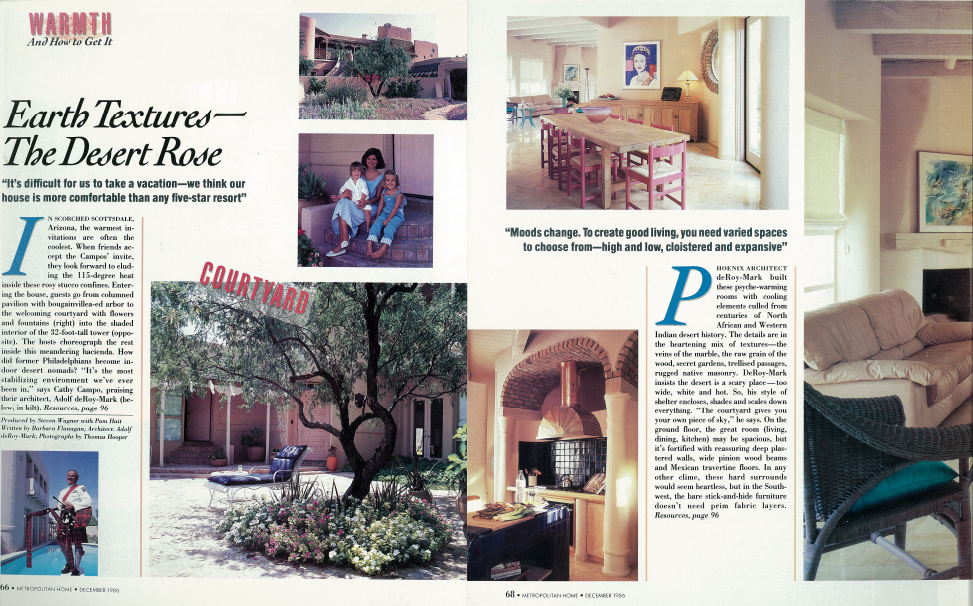 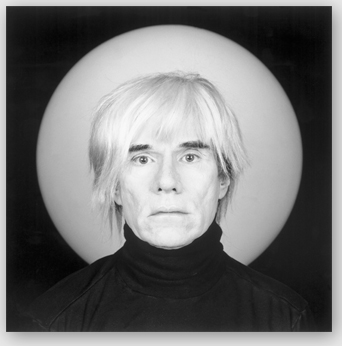 Andy Warhol (/ˈwɔrhɒl/;[1] August 6, 1928 – February 22, 1987) was an American artist who was a leading figure in the visual art movement known as pop art. His works explore the relationship between artistic expression, celebrity culture and advertisement that flourished by the 1960s. After a successful career as a commercial illustrator, Warhol became a renowned and sometimes controversial artist. The Andy Warhol Museum in his native city, Pittsburgh, Pennsylvania, holds an extensive permanent collection of art and archives. It is the largest museum in the United States dedicated to a single artist.

Warhol’s art encompassed many forms of media, including hand drawing, painting, printmaking, photography, silk screening, sculpture, film, and music. He was also a pioneer in computer-generated art using Amiga computers that were introduced in 1984, two years before his death. He founded Interview Magazine and was the author of numerous books, including The Philosophy of Andy Warhol and Popism: The Warhol Sixties. (http://en.wikipedia.org/wiki/Andy_Warhol) 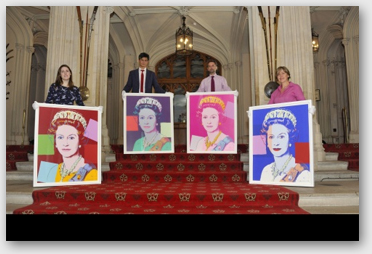 The Royal Collection Trust has purchased four portraits of The Queen by Andy Warhol for the Royal Collection to mark Her Majesty’s Jubilee.  The screenprints will be displayed for the first time in the exhibition The Queen: Portraits of a Monarch at Windsor Castle. Celebrating both the Diamond Jubilee in 2012 and the anniversary of the Coronation in 2013, the exhibition presents a selection of official, commissioned and formal portraits that highlight the diverse ways in which Her Majesty has been represented in different media throughout her six decades on the throne.

Andy Warhol (1928-87), who had a life-long fascination with celebrity, once said, ‘I want to be as famous as the Queen of England’.  He created the images of Her Majesty in 1985 as part of his largest portfolio of screenprints on paper, Reigning Queens.  The subject-matter of the series is the four ruling queens in the world at that date – Queen Elizabeth II, Queen Beatrix of the Netherlands, Queen Margrethe of Denmark and Queen Ntombi Twala of Swaziland.  The prints purchased for the Royal Collection are from the Royal Edition, which is sprinkled with ‘diamond dust’ – fine particles of cut or crushed glass which sparkle in the light like diamonds. The set acquired for the Royal Collection is the 14th set in the special edition of 30 which comprises the Royal Edition.

Characteristically, Warhol based Reigning Queens on pre-existing photographs.  He used a single image of each monarch to create four versions printed in different colours.  The photograph used for the screenprint of Her Majesty was taken in April 1975 by the Reading-based photographer Peter Grugeon (1918-80) and was later released for official use during the Silver Jubilee in 1977.  For this sitting The Queen wore the Vladimir tiara, Queen Victoria’s Golden Jubilee necklace, Queen Alexandra’s wedding earrings and King George VI’s Family Order, pinned to the Garter sash.

The Royal Collection contains the world’s largest collection of portraits of British monarchs, dating back to the 15th century and in a variety of media.  Among portraits of The Queen in the exhibition at Windsor Castle are John Merton’s 1989 drawing, commissioned by Her Majesty for the Order of Merit series, and Lucian Freud’s 2001 oil, which the artist presented to The Queen in 2001.  Pietro Annigoni’s pastel drawing, made in preparation for the portrait commissioned in 1969 by the National Portrait Gallery, was purchased by The Queen in 2006.  The exhibition also includes photographs by Dorothy Wilding, Cecil Beaton, Rankin and Annie Leibovitz.